There are 2 pet friendly breakfast restaurants in Orange Beach that welcome dogs at their outdoor tables. Need help deciding where to eat? Here's a detailed description of each restaurant, along with pictures and reviews from other dog owners. Coming from out of town? Get a discounted rate on pet friendly hotels in Orange Beach, AL, or call 877-411-FIDO to speak with one of our pet travel experts. Bone appetit!

Orange Beach
Brick & Spoon
Brick and Spoon is a unique, local breakfast restaurant with eight dog-friendly tables outdoors. Their menu is packed with breakfast and brunch options ranging from beignets and omelets to breakfast tacos and French toast. The star of their menu are their highly customizable and unique Bloody Mary's. You can choose between a wide number of vodkas, veggies, seasonings, meats, and cheeses so that it's almost a meal in itself.
Visit Website

Orange Beach
Another Broken Egg Cafe
Another Broken Egg Cafe is a dog-friendly, Southern-inspired restaurant, serving breakfast, brunch, and lunch to Orange Beach locals and tourists alike. Those wandering along Canal Road with a craving for biscuit beignets can head to one of the Cafe's six outdoor tables to enjoy alongside their canine companion. Another Broken Egg's menu includes signature cocktails, sweet dishes such as Lemon Blueberry Goat Cheese Pancakes, and Cinnamon Roll French Toast, sensible selections such as its Salmon Power Bowl, Skinny Omelette, and Steel Cut Oats, traditional classics such as its Black Bean Benedict, and Huevos Rancheros, scramblers, burgers, sandwiches, salads, and brunch specialties, including its Cajun Louisiana Crawfish Skillet, Crab Cakes and Fried Green Tomatoes, Shrimp 'n Grits, and its Lobster and Brie Omelette.
Visit Website
There are no pet friendly restaurants matching your query. Try changing your search options.

Need a place to stay in Orange Beach? Book on BringFido! Our pet policies are backed by our Pet Friendly Guarantee, and you can always compare our rates to make sure you're getting the best deal.

Orange Beach in the Blog 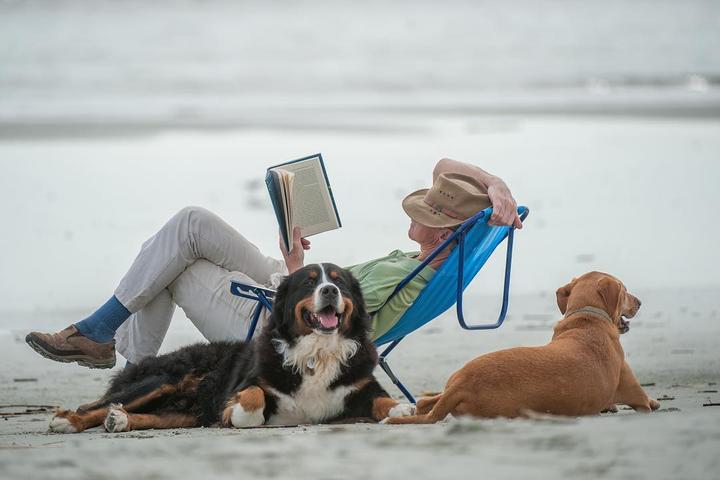 Need a place to stay in Orange Beach? Book on BringFido! Our pet policies are backed by our Pet Friendly Guarantee, and you can always compare our rates to make sure you're getting the best deal.