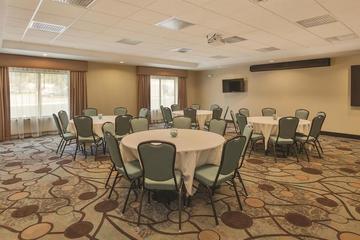 Excellent stop on the way home

Sioux Falls La Quinta was lovely. The rooms were bright, clean and spacious. The grounds were clean, and the location was fantastic (nice to be back in the land of people cleaning up after their dogs). We did a quick drive to see the falls a couple exits up the interstate (might be even better when it's not pouring rain, but at least it kept the smoke away). This one's a keeper--and they handed out treats at check in(which the puppers greatly appreciated). All good. 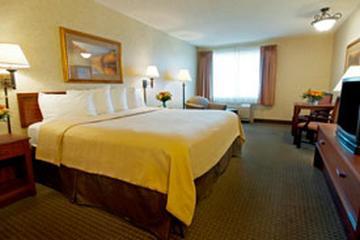 Loved this hotel. Room was spacious and clean, beds were comfy, staff was friendly, everything at breakfast tasted great. There was even a nice grassy strip behind the building to all the dogs around. 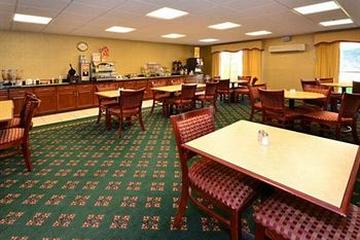 How desperate are you?

So, don’t, pay the extra $100, go somewhere else, I don’t know. The bones are for the staff being friendly, and some stuff in the room obviously being new. The room itself, I’m pretty sure has some major issues. I rarely break out in hives, but these beds had that effect. I don’t think it was bugs, but I couldn’t swear to that. Possibly it’s the detergent they use, maybe they’re just spraying the sheets down with bleach? There are stains everywhere, including on the sheets, in the bathroom, and it looked like someone just wiped stuff on the walls (but maybe it was something leaking, I didn’t investigate that closely). We got a dog room (near the door, so that’s good anyway). Cigarette butts litter the ground (wonderful in crunchy brown grass, what could go wrong)? For this I paid $40 in pet fees. We had to vacate the room so they could clean, apparently by remaking the beds with the same sheets with stains in the same places. The mattresses themselves and the other furniture and carpeting looked new, but that’s just lipstick on a pig. The mildew in the bathroom and the bright new paint over obvious water damage isn’t fooling us. And the breakfast…just don’t. The prepackaged stuff is safe enough, anything cooked there is just not good. So, yes, you can stay there, it’s one of the cheaper options in town, but I personally won’t be back. 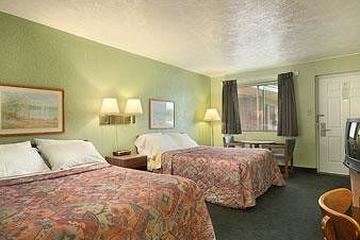 The hotel room all bu itself is not amazing to look at. It’s clean enough, with some obvious hard water stains in the bathroom, and desperately in need of some new paint and maybe some new bathroom fixtures. That said, the beds are comfortable, the air conditioner works perfectly (important in July in Kansas), and the staff could not have been more accommodating. The park behind the hotel is well-maintained. We didn't use the pool, and the grass out the hotel’s back door isn’t the prettiest (but there is a drought on), but for a one night stay, it worked great. It’s not the very best hotel in town, but for an affordable night traveling through, it worked fine. 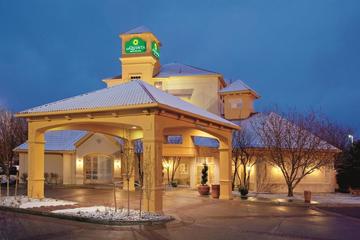 Friendly staff and other guests. The air conditioning was so-so, and the toilet had some interesting bubbling action, which was worrisome, but it worked). Other dog owners should avail themselves of the provided poop bags and trash can, but it looked like most people were cleaning up after their dogs. Good location. 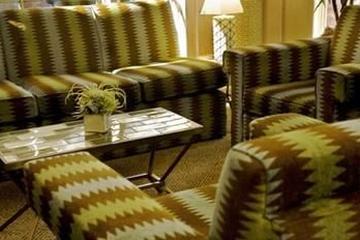 The hotel was great. Everyone was nice, rooms were clean and accommodating, rules were reasonable. There are signs up about reduced housekeeping for multi-night stays, but we only stayed one night, so no effect on us. Recommend.