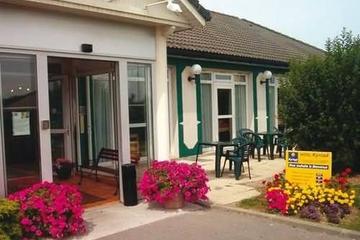 For the price you pay, this is a great hotel to stay with your dog(s). It is an older building, but the room, lobby, and restaurants are clean and neat. Not in a busy section of the city, so it is easy to walk your dog after a long flight. Also, it is in a quiet area. I did not have a car so I did room service dinner, and it was one of the best room service meals I ever had. And the price was reasonable for the quality of food. The bottled water they had for room service was a big size too.

There are nothing interesting around the hotel, but if you want a good rest after a long flight before the euro tunnel trip with your dogs, this is a perfect place. Don't forget to order some french dinner!

Ticketing staff is clueless regarding ESA. Ripped me off and will not fly again with Southwest

I purchased the most expensive ticket to receive the highest priority boarding because the customer service team recommended me if I wanted to sit in the front row for more space for my ESA.

Once boarded, a stewardess told me I am not allowed to sit in the front row because I have a dog!!! I told the ticketing staff told me to do and the whole story. She did not accept me on the first row. While discussing, others were boarding. When I was rejected, only the seat available was a middle seat in the 3-3 airplane. My dog was extremely uncomfortable, and I also felt bad for the others in the same row for 5.5 hours.

They ripped me off for at least $400 for the expensive ticket for the priority boarding ticket and we ended up in a middle seat. Will never fly with Southwest again. Wish I flew with Delta or United in a business class with the same money.

Brussels Airlines is the best

I flew with my ESA from JFK to Brussels. The crew members were friendly and let my nervous ESA dog alone and try not to disturb him. My dog slept on my lap during the entire flight, so I could not really move. They served my dinner on the next seat's table (the seat was empty) so I could eat some.

I had a terrible experience flying with Southwest a day early, but Brussels Airlines staff were so helpful and knew how to deal with ESAs. No one was judgemental about having an ESA. I'll definitely fly with Brussels Airlines with my ESA again when I have to move to Europe for work. 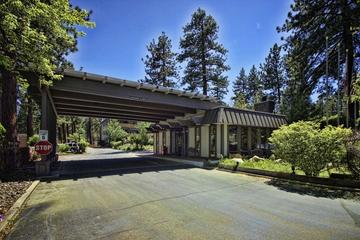 They have several buildings and seemed like one of them is a designated dog friendly building. The room was remodeled and looked modern. Beds were so comfortable. They did not offer a dog bed or bowl to us either. When I arrived, the hotel room was not ready. Were told to come back at the regular check-in time in a few hours. But still the room wasn't ready. But they told me OK to being my dog in the recreational /library area. Truly appreciated not excluding pets from the main hotel area. 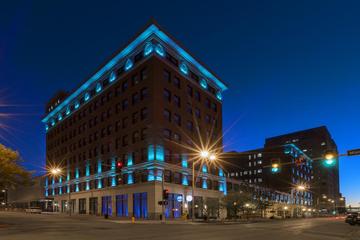 My dog and I enjoyed the stay at the Current. Every staff was so friendly and helpful. I was moving cross county with my dog and had 3 huge suitcases as well as my dog's food and belongings. They were so helpful watching my dog while I was moving my stuff out of the car and checking in at the reception. The hotel is very modern and kept clean. Room was also comfortable and my dog also loved staying there. Really felt the southern hospitality throughout the stay. If I ever drive through Iowa again, I'd definitely stay at the Current. 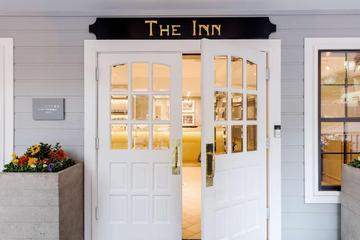 The Inn at Saratoga, Tapestry Collection by Hilton

My dog stayed at various hotels for over 10 days total by that time. This hotel was the worst experience. Every guest has to walk through the front desk area and every time my dog and I walked by, the male staff made a comment like too close to other guests or stepped into the front desk area which he claimed violating the rules I signed upon check-in. The front desk area was small and other of guests were drinking and being loud in the area all evening. My dog wanted to get away from them and when we walked by, I was told my dog was getting too close. After having great experience at other hotels, I was very disappointed to be treated that way after paying $75 pet fee. After staying for an hour, I wanted to get the full refund and move to another hotel, but they didn't allow me to do so. On the other hand, the owner lady was friendly and nice when I was checking out next day. I recommend stay away from this hotel.