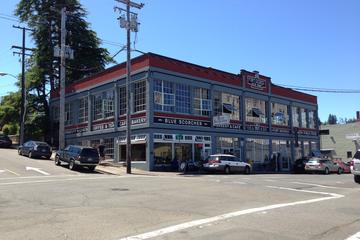 We went to this brewery today with our pup and were very disappointed. Dogs are only allowed at one table outside. But then we were told there was no food service for this table. So we then asked if we could get food to go and sit at the one designated table. We were also told that was not allowed. Such silly rules and weird service so we left.