This is considered the best of Tempe's many off-leash dog parks, a popular spot is a large, fenced area with lovely grass, gravel, and picnic tables.

Tempe Sports Complex Dog Park has received a rating of 4.1 out of 5 bones by 9 canine critics on BringFido.

We've dug up a dog picture at Tempe Sports Complex Dog Park for you below. Enjoy! 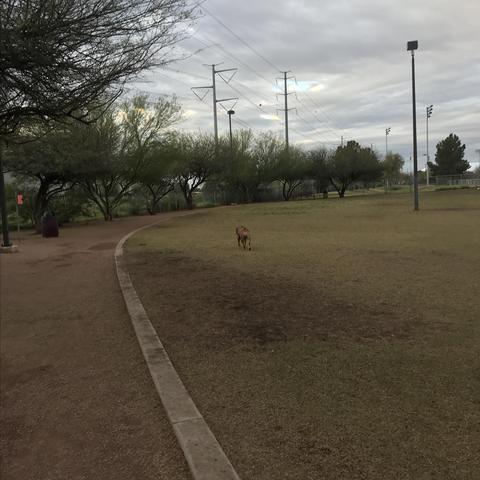