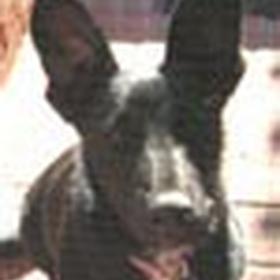 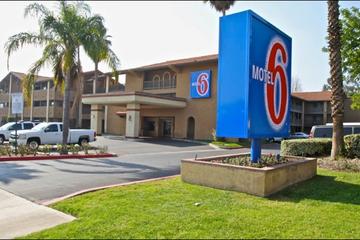 She had a better time than I did.

While I walked her several times to use her facilities, mine weren't as good. The refrigerator never did seem to get cold, showers only as there was no plug for the tub, which had several unrepaired ships to the enamel, there was a cigarette burn in the bedspread and the WiFi never worked. When I checked out the front desk said there was a trick to it. Well, no one told me when I checked in and too late now. I burned cell data all night because of the lack of WiFi. The room was tiny but big enough to set up her crate. She enjoyed her stay more than I did. 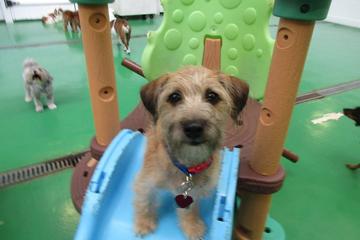 On the recommendation of the local humane society I brought my parents' four month old puppy to WAG Hotel in San Diego for the puppy social hour on Wednesday night. She had a blast! She was hesitant at first but by the end of the hour she and the other puppies were having a wonderful time playing as puppies should play. It was a very large room with various play objects and toys, the trainer was there and the owners were allowed to stay and watch. A great time was had by all. While I haven't left any dog there for boarding or daycare, the facility is large, clean and well-run. I would not hesitate to use their services for my own dog if needed. Meantime little Dolly will be meeting her puppy pals every Wednesday night until she is six months old and too old for puppy playtime. 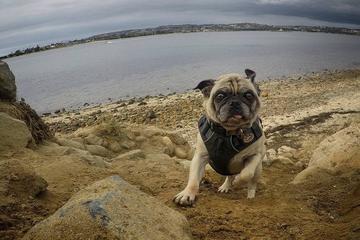 This is a huge, extensive dog park with both beach and hiking. But make sure you have an excellent recall and your voice can carry. My dog was playing with another dog and got so far away that she couldn't hear me call to her. The other dog's owner kept walking and I couldn't keep up to catch them. She walked off with my dog for over an hour before she walked her back, saying she didn't realize she didn't belong to the people in front of her. I was frantic and numerous people took time out to help me look for her. Who walks off with someone else's dog? Well, the do on Fiesta Island. Its doggie paradise, just don't let them get so far away they can't hear you call them. With the sound of the waves and the direction of the wind, that line is closer than you think. If you can't run to catch them, you'll just have to wait and pray they come back. 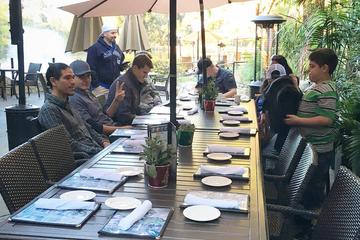 Fabulous for all of us.

My family has been going to Anthony's since they had their actual grotto in La Jolla. When that closed we regularly went downtown to the location on the Embarcadero. Now that that is gone, we go to La Mesa, although not as often as it is a much longer drive. But their pet friendly atmosphere has made this location our go-to stop for lunches and dinners when we want to bring our dogs. I met my parents there for lunch when my dog was only about 8 months old and she had a great time. She had their doggie seafood lunch and loved it. She also enjoyed watching the ducks in the pond, as did we all. They have a fair sized dog rest area with a single gate and real grass. They are quite pet friendly. Diana gives it five paws up.

Well, four paws and a tail.

We went to Dusty Rhodes for the first time yesterday. It had been about 15 years since I had gone there with my previous dog. (He didn't enjoy it, being on hyper alert the entire time and never playing but staying close to me so after six attempts I gave it up.) Diana love it. Really large fenced in area for her to run. She made friends very fast. Figured out the water fountain very fast. Had a great time and wore herself out in an hour. We are going to make this a weekly trip, same day, same time, so she can make some doggy friends. As parks go I'd say it was average to above average. There were some dirt areas and some grass areas, some nicely sized trees with chairs underneath for shade when needed, chairs and benches around the perimeter. Double gated and they have generous supplies of poop bags for those that forgot. I even met an employee with an ID badge who was patrolling the grounds and picking up unnoticed poop. There was plenty of parking the day and time we went. While the one way in and out is a bit awkward for getting back on the freeway, we just headed down towards Sports Arena and I got myself some lunch from the only remaining Arby's in the entire city. So we both got a treat today. 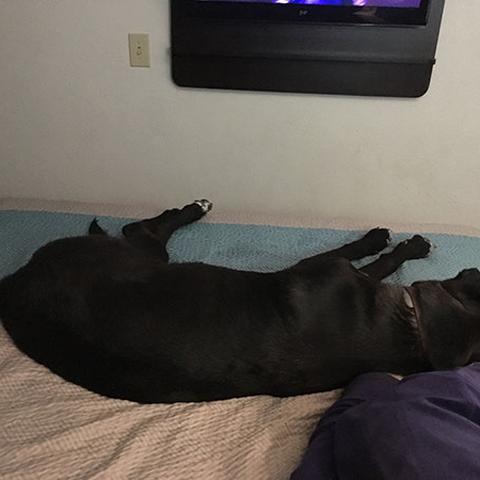 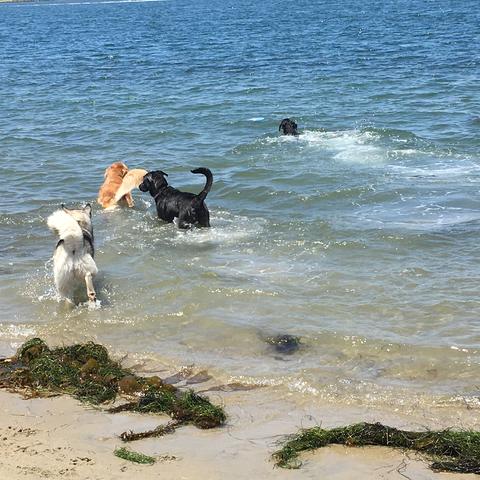 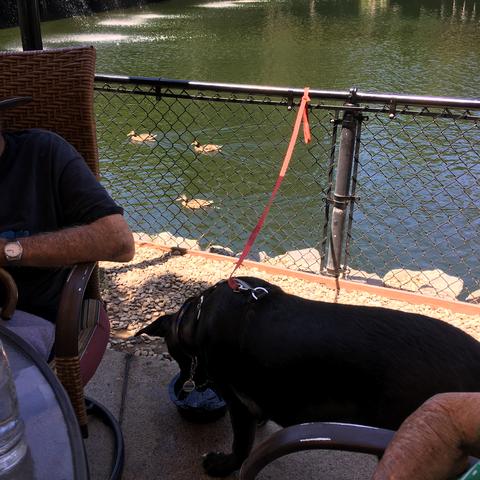 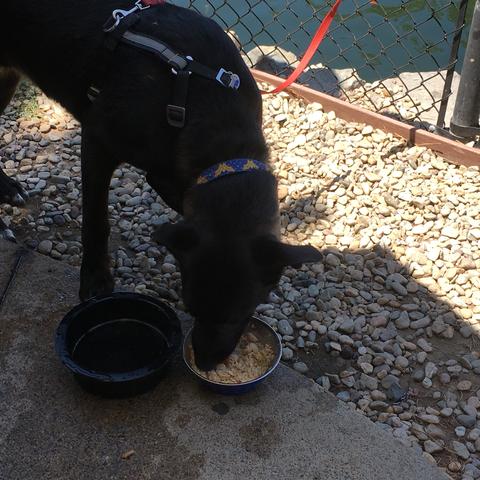