Southwest Airlines is a low-cost American airline. They welcome small pets to travel in the cabin.

Southwest Airlines accepts pets on a first-come, first-served basis until they reach their capacity. The total number of pet carriers on each flight is limited to 6, so passengers should make their pet reservations as soon as they confirm travel plans. You can call the Customer Service Team at 1-800-435-9792 to reserve a spot for Fido. Southwest Airlines does not accept pets traveling without a human companion and pets are not permitted to travel with unaccompanied minors.

Pets in the Cabin

Southwest Airlines allows customers to bring small pets (cats and dogs only) in the cabin on their domestic flights. Unfortunately, pets are not allowed to travel on international flights. Each customer is limited to carrying 1 pet carrier on board. Your carrier may contain up to 2 cats or dogs of the same species and will count as the customer’s carry-on bag. It needs to be small enough to fit under the seat in front of yours. Southwest does not require a health certificate or any other documentation from the customer’s veterinarian for pets to travel. The pet fee is $95 per pet carrier each way.

Due to extreme temperatures in the baggage hold on flights with Southwest Airlines, pets are not allowed to travel in the cargo area.

For pets traveling in the cabin, soft or hard-sided carriers should be a maximum of 18.5" x 8.5" x 13.5" (47 cm x 22 cm x 34 cm). They must be leak-proof, well ventilated, and small enough to fit under the seat in front. Your cat or dog must be able to stand up and move around the carrier with ease.

Unfortunately, Southwest Airlines does not accept pets on any of their flights to Hawaii.

Southwest Airlines has received a rating of 3.6 out of 5 bones by 86 canine critics on BringFido.

We've dug up 4 pictures of dogs at Southwest Airlines for you below. Enjoy! 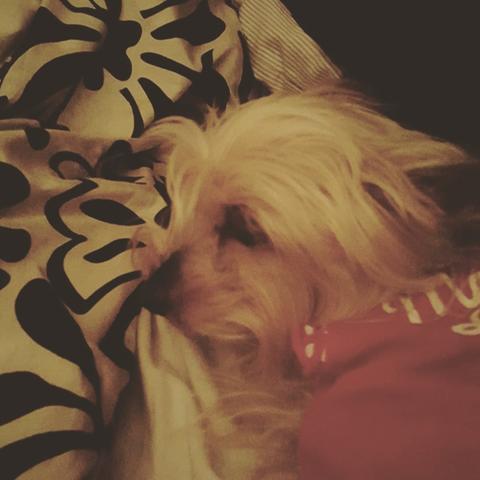 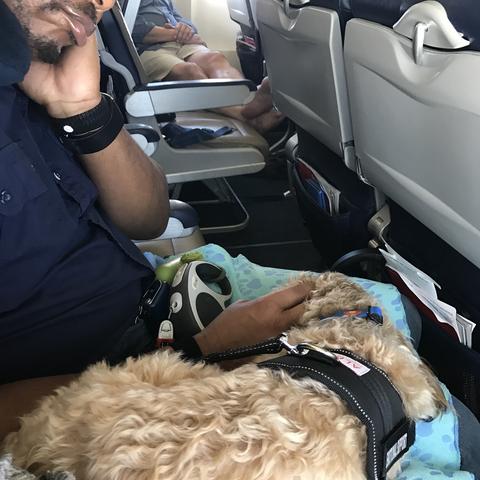 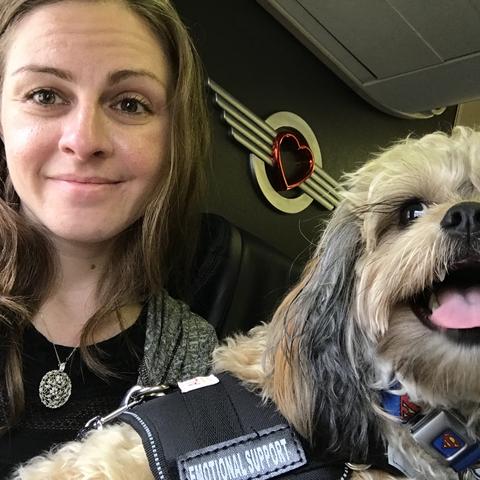